The ORG
Truly Independent and Unbiased!

Last post by SteveDuNord - 16 August 2022, 03:05 PM
I read that you can change the front struts with the wheel on the ground so decided to give it a go. This may have been the cause of my woes...

Problem: the inner 12pt lower stud is ridiculously inaccessible. Even with the wheel off, I think I'd struggle to get a socket drive in between the spring and the strut. 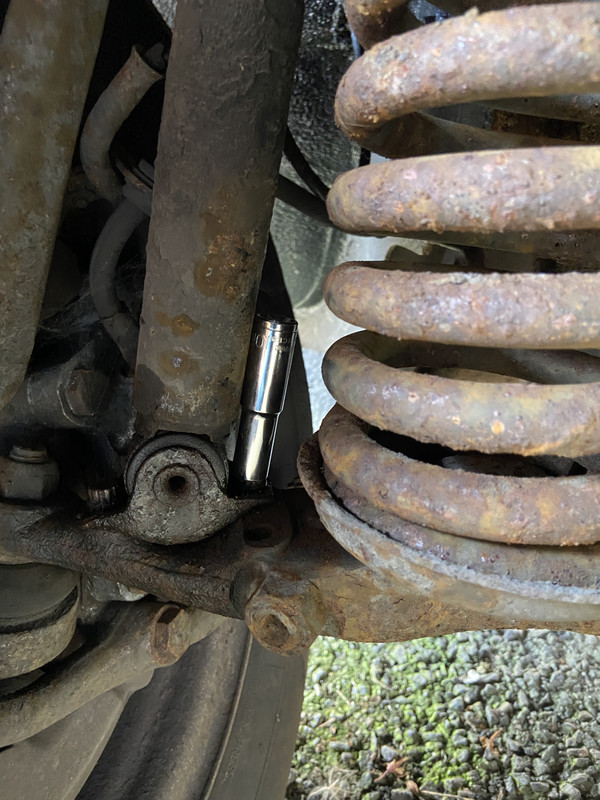 Ended up having to use a 10mm spanner. Which was as tedious a slog as you might imagine. 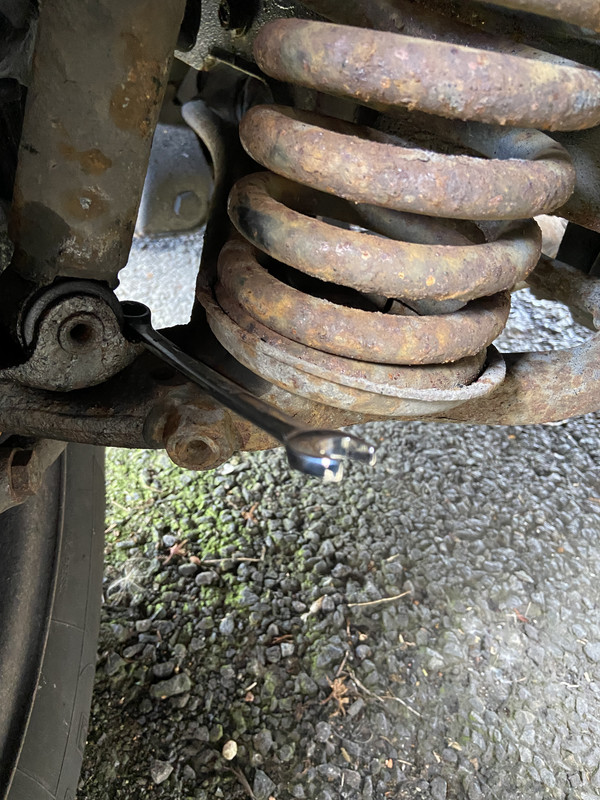 I'm regretting not changing the springs at the same time, would've made life a lot easier! In fact I still might... 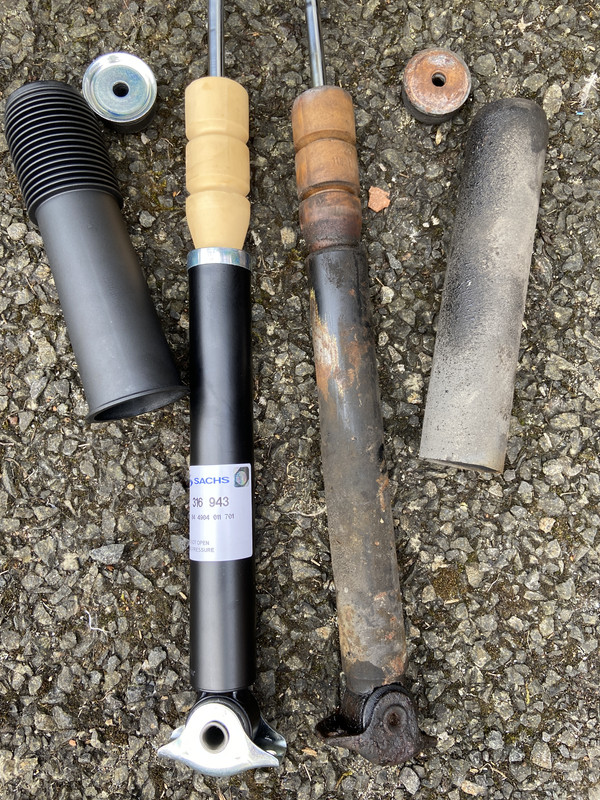 I used a floor jack to manipulate the height, but that inner stud was even harder to refit than remove. The new shocks came with 6 point studs but they were too low profile to be of any use.

So I went back to the taller old studs and, after many attempts, I got the inner one to bite. Of course the outer one has snapped off. 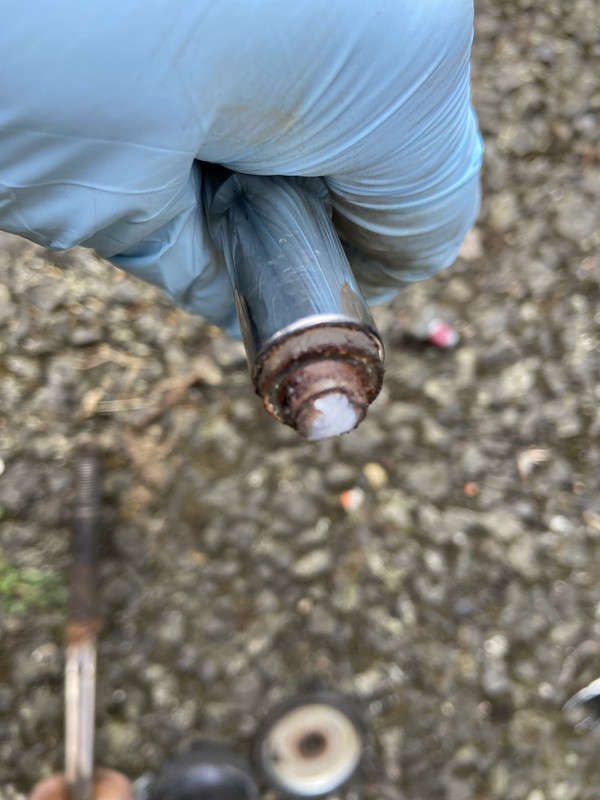 I'll have to use the new studs. But what's the trick to fitting a drive in there?

Last post by nathan - 16 August 2022, 09:10 AM
the mystery of our Taiwan poster was very odd. I remember at the very start of their prolific posting I commented to a 116 associate that I would not be surprised if it was a very very odd hoax and nothing would come of it.  low and behold...

anyway, I have wrecked so many 116s for my families own cars I have parts galore.  now I get people seeking me out and asking for bits.  easy when local, not so much one international as im not in the business of selling parts and going to post offices.

here in australia, we are decades away from not being able to drive ICE and our 116s here.  perhaps hydrogen fuel will materialise and then it can somehow be utilised with our relics!
#24

Last post by nathan - 16 August 2022, 07:58 AM
Daantjie, I dont see much merit in a 6.9 being used a daily anymore, I dont know anyone in Australia who does anymore.  They have crossed over to heirloom status or collectibles.  I reckon its about 10 years since I knew of anyone dallying their 6.9

But by standards, their economy isn't actually so bad and I dont think is the hindrance.  Dont be fooled by claims of current models.  What current manufacturers say their cars do, and what they achieve in real life are very different.  My own 6.9 does about 20L/100km.  I kept my 212 e63 with the 6.2L m156, its actually the best of my 'newer V8s', with about 15L/100. My new 213 e63 is actually bloody terrible relatively, about 16.5L/100 and thats with a 4 litre motor that has cylinder shutoff and a 9 speed! I really expected better out of this. I think the brochure said low teens but this is flat out not possible to achieve - I tried on a country run.  My G55, now thats horrible - its about 22/100 but its hampered by a 5 speed due to the power of the thing preventing the 7 speeds being mated to it. I therefore dont think the 6.9 is actually that bad in the scheme of it.  I dont think people who get a V8 are generally deterred by fuel price - we knew what we were in for!

what could be interesting, is will 3d printing possibly enable some bits to be made by average Joe.  in my work, I get custom titanium pieces made for very wouldn't think its outside the realms of possibility.
#25

Last post by revilla - 15 August 2022, 10:45 PM
Somebody accumulated tons of parts over the years. It takes an EFFORT to acquire/transport/tag/photograph/catalog/store and run the administration to sell them. But who in his/her right mind would buy these parts by 'lots' considering these car will soon not be drivable for our children/grandchildren. Buying individual parts to repair and drive our cars these days for the pleasure/passion/fun I would understand, but 'lots' selling is out of context. Why to accumulate parts for cars we won't be able to drive (already the case in some major world cities). 40-30 years ago it was different, but not in today's reality.
There was a member here based in China/Taiwan who claimed had tons of parts. Maybe unloading time (?).
Again, I might be wrong, but I don't see how this hobby can be a profitable business when in a few years our cars will be parked as museum pieces. Let's enjoy them while we still can...
#26

I wonder who is buying this stuff.  They sure have a huge amount of parts to get rid of.
#27

Interiors & Exteriors / Is this for real?

Last post by daantjie - 15 August 2022, 12:17 PM
Unless you cover long highway distances in favourable weather every day the 6.9 is not a daily driver in my opinion. Coupled with horrendous fuel economy ensures that today it will only ever be a fair weather cruiser on the weekends.

I guess that's why they were also popular Down Under with good weather and long stretches of unfettered highway.  Also would have been easier in the days of lacks speed enforcement.  Here in Canada you will absolutely lose your ride very quickly for speed transgressions.

They were of course designed for titans of industry being driven at high speed on the autobahn with chauffeur.

Those days are long over and modern Benzes have a lot more to offer in every category so the 6.9 today is for sure a niche collector car.
#29

Quote from: daantjie on 13 August 2022, 01:29 PMIn the same vein, do we think 6.9's will ever become highly collectible?  I have expressed reservations about this in the past and still have my doubts.
6.3 values are languishing in part due to Boomers dying off and part cost and scarcity.
GenX seems to want 80's and 90's cars so I think cars from mid to late the 70's are kind of stuck.

Agreed, I saw that Steve Mcqueen's 6.3 (restored) went for the mid 100's, which seemed exceptionally low considering his watch went for 2.2M? I also think your assesment is correct, the parts are really hard to come by (especially for pre-116 models), which general sales numbers along with global distribution was far less.

UTn_boy - Agreed, pretty limited demand for older Sedans in General. 500E's are riding the coat-tails of the M5's likely and the Porsche connection

Eyeman - Totally, I think many were 'stored' due to their value to the owner but lack of practicality for every day use.

Nathan - thanks for the comment back - lots of great color, I actually was thinking of an old comment of yours with the ~200 spec number in Australia. I am surprised by that value for the UK, I also thought it would have been higher... I wonder if it was the number in 2000, or produced period.

Nabstud - That is a plus, I don't expect every part to be recreated, that can not be financial feasible - but most of the common things, especially usual wear items, would be nice.

Last post by rumb - 15 August 2022, 08:18 AM
It looks like it is a cavity wax. I wonder what the effect would be of spraying wax over existing rust. I suppose a good layer could keep oxygen away, but would it also stll allow rust to grow underneath at all?

On w116 the majority of the original shultz is usually sound, but its the edges that have broken down and then allow water to go to work. Also most of the rust is inside something, not on an outside surface , like wheel arches and rockers and it is loose rust not just surface.

The rockers have plugs front, rear and all along the top edge. I would be more inclined to spray a rust converter in all those plug holes after first blowing air in the holes to remove as much crap as is surely in there.

The wheel well, esp rear remove tire and find any loose edges with a screwdriver and peel or grind back to expose all rust. Then convert it and then the wax could go over that, or just use some new schultz.

Warning though what may look like surface rust can easily become a hole when you start picking at it.
Pages 1 2 3 4 5 ... 10