1. Took the battery and battery tray out.
2. Enlisted a helper to hold the tensioner in place while I ran the bolts in.
3. Used a little gasket glue to hold the paper gasket in place.

It still took a couple of times to get it aligned and tightened up.  Here is a picture of the new tensioner installed.

Last post by SteveDuNord - 17 August 2022, 04:10 PM
Wheel nuts would not come off. Had to put my boots on and do the boingy-boing with both feet on the breaker bar. Annoying.

The snapped bolt would need drilling out and there's no space to do it. I'm screwed. 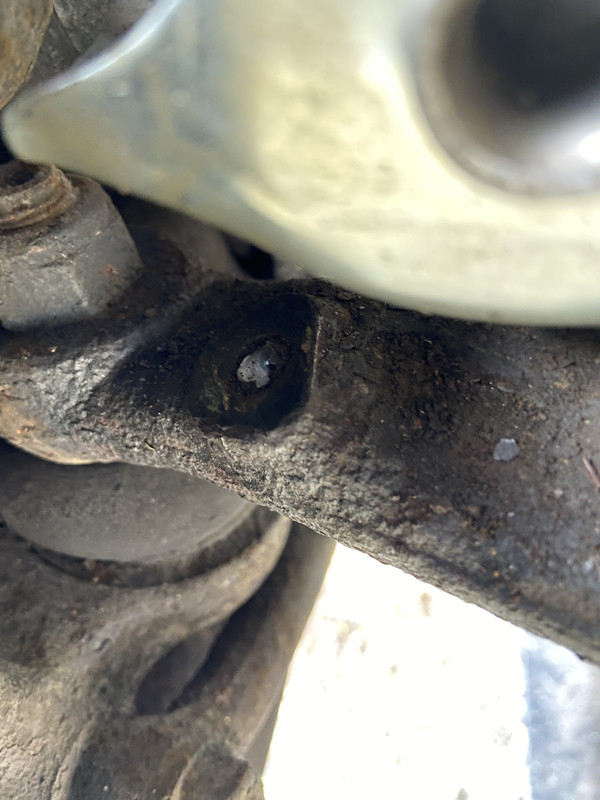 The whole assembly is full of busted bushings: 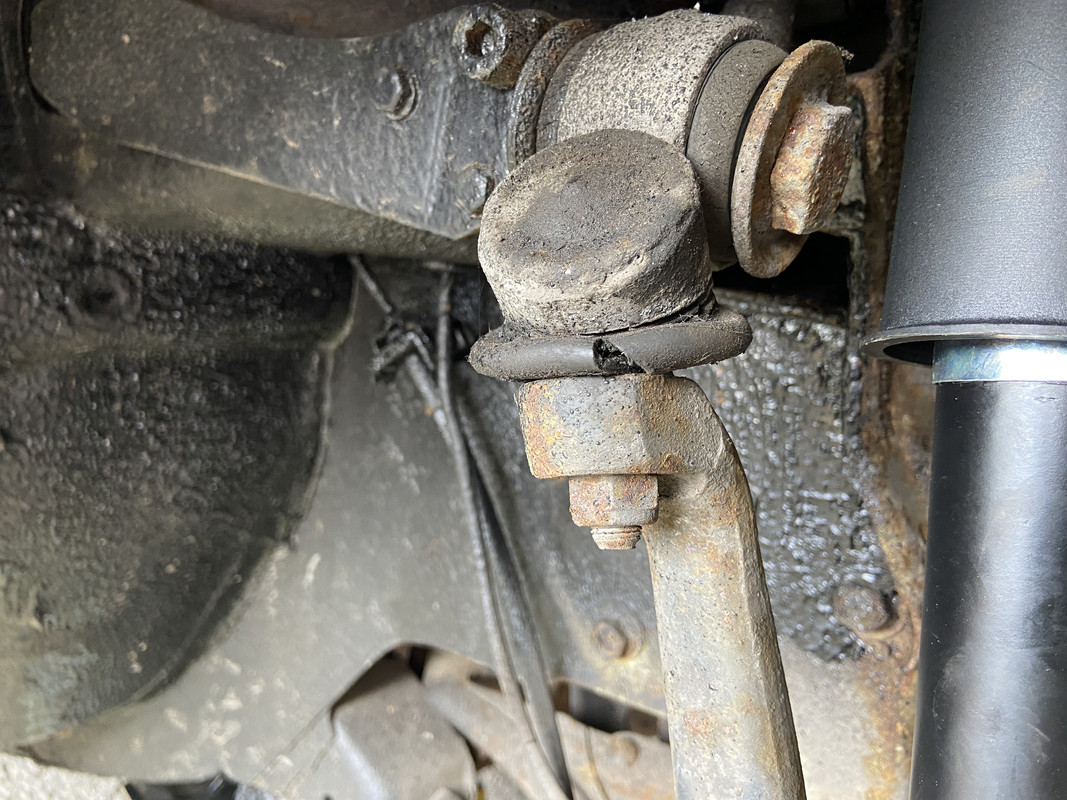 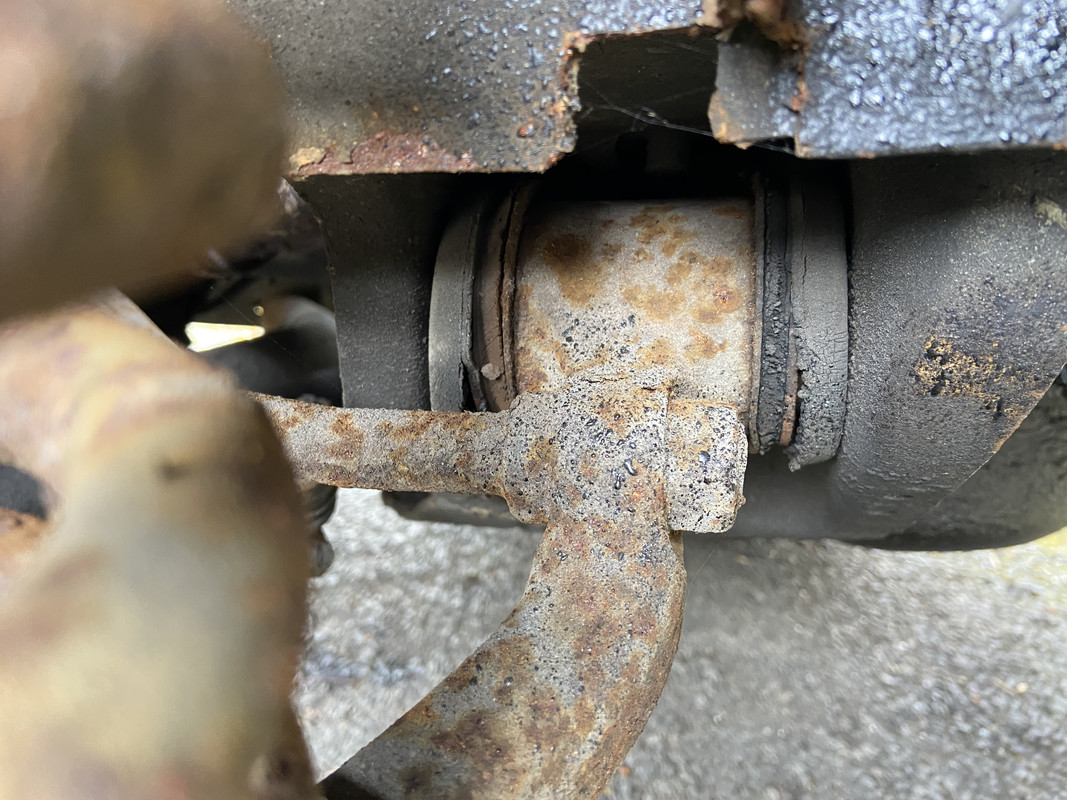 Which leads me to consider buying a used assembly, fitting new bushes to it, and having a garage do the spanner work. Thoughts?

Also, are the front control arms etc the same for all w116's?

Edit: think I just read that you have to drop the front subframe to tackle the control arm assembly. Oh no.... what have I done.

The U.S. 300SD diesel models had aluminum hoods and aluminum trunk lids.  It's not a mistake.

What is a mistake is this seller.  They shot themselves in the foot a year or two ago.  Originally, their prices were double and triple more than the actual value of the part(s).  They couldn't figure out why their sales were so dismal.  (go figure).  And then, people discovered that they were parting out perfectly rust free and good running cars just for the sake of parting them out.  That, along with overpricing the parts, ruined them.  They lost most of any buyers they had, and the negative reviews on how they treat their customers didn't help.

They they started approaching various people trying to convince them to buy into their company, and of course at a highly inflated price.  Naturally, no one took the bait because everyone either knew about their antics or knew that they were more about the money than the car(s).  So rather than go under completely, the owners have now decided to sell off everything in lots in order not to completely go under.  But even now people don't want to bid or get involved because of the aforementioned.  I wish them the best, but it's an absolute mess for them at the moment.
#14

Just saw a video where someone advised manipulating the shock on its hinge to create more space. I wondered how he would achieve that, then realised that he had NOT fitted the top bolt first. Ah...

So I'm guessing that he fitted the lower outer bolt, then pulled the strut hard to make it pivot away from the spring, possibly all the way outside the wheel arch, thus creating space for the socket drive. Must have used some force because the hinge on my Sachs struts are rock solid. He then said that he compressed the strut with both hands and pushed it back into place in order to fit the top nuts.

Needless to say this would not be possible with the wheel in situ, so am not sure how people do this without going nuts.

I'm dreading having to tackle the snapped off bolt this morning.

Last post by revilla - 17 August 2022, 02:44 AM
It's not going to happen tomorrow, clearly we still have time to repair/entertain/drive our cars. But the trend is definitely there.

Here's a fair synopsis of the situation, which is certainly expanding:

"While federal decision makers focus on the future, local lawmakers and politicians do have the power to mess with history. Among the buzziest examples is London's designation of a low-emissions zone. Zero-emissions zones are either in the works or in discussion in Berkeley, Santa Monica, Los Angeles, with officials looking at outright bans to forcing delivery services to only use battery-electric vehicles. Internationally, there are plans for experimentation with zero-emissions zones in Amsterdam, Barcelona, Milan, Seoul, Oslo, and Auckland. It's worth noting the U.K.'s green-car regulations generally have exceptions for classic cars, but opponents say such exemptions might not extend to newer classics."

Shorter 12 point socket, and a couple of wobble extensions.
#17

1. Adjusted the valves.
2. Changed the plugs/wires
3. Installed a new distributor cap and rotor.

I noticed the hydraulic timing chain tensioner was leaking so I took it off to install a new gasket.  Now, I can't get it back on.  I read somewhere about starting the tensioner with longer bolts and then swapping in the shorter bolts.  I have read the service manual section 05-310 and it makes it seem relatively straight forward.  I still am struggling to line everything up and get the bolts started.  Do you guys have any tips?  Is the pressure pin in the tensioner supposed to push on the end of the of the lug of the tensioning rail (pushing up) or on the side of the lug of the tensioning rail (pushing sideways)?  Do I need to prime the tensioner before I put it back on?


p.s. Picture of the ride home 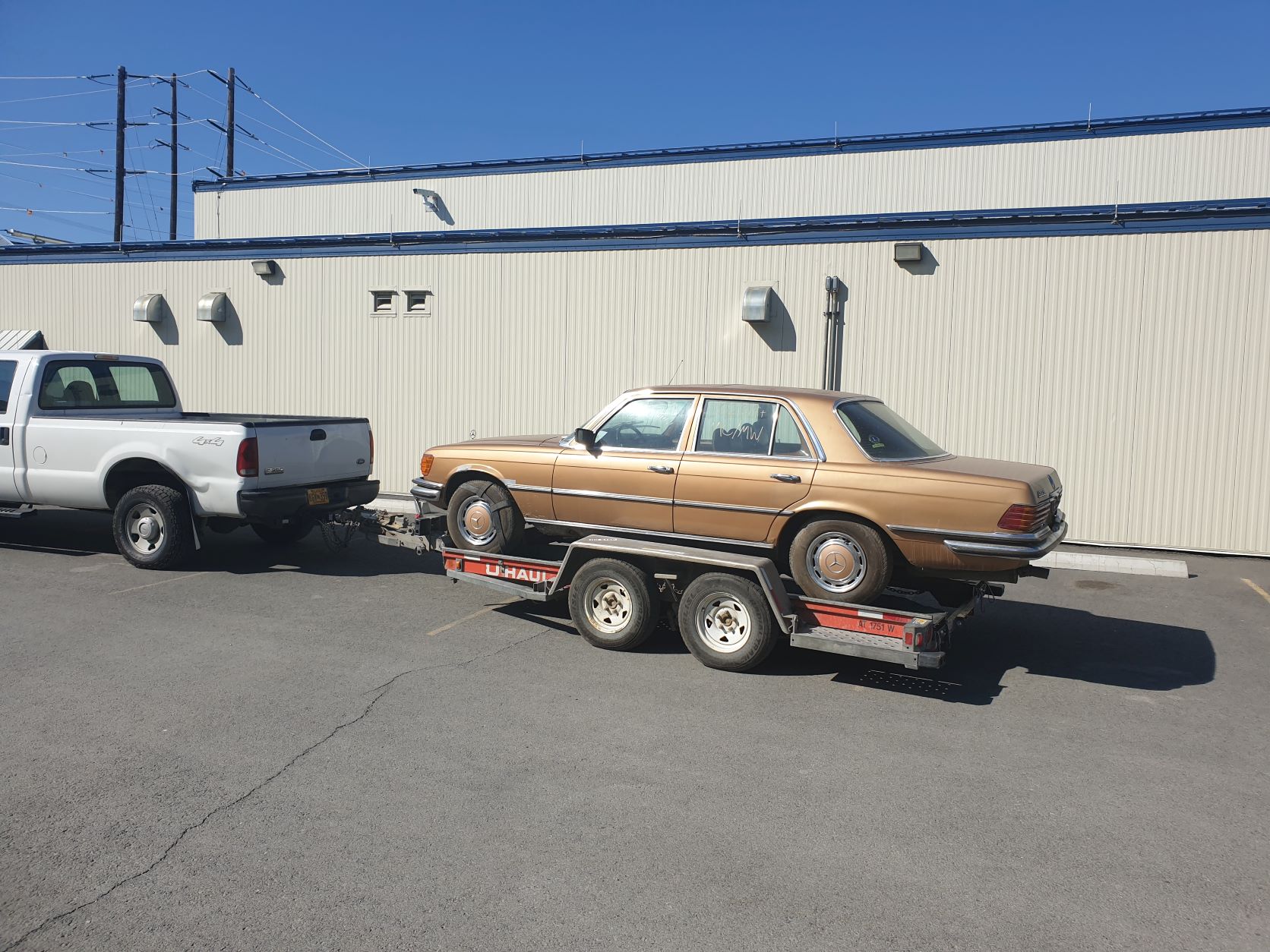 https://www.dustlessblasting.com/
in the US is a big supplier of these "dustless" systems.

Both systems use a rust inhibitor in their process and are used to strip paint and everything else, whereas Dry Ice blasting will remove all the crud/grease/dirt under a car but leave the paint and schultz there in very clean almost like new condition.

I agree that wax treating an old car probably isnt going to help, and may actually hurt it in the long run.
#19

Last post by rumb - 16 August 2022, 06:33 PM
MBZ parts has been a used parts supplier for years and is taking about a year to auction off all their parts. I keep looking occasionally but I dont need 50 of anything. Hopefully some of the parts will re-appear later as the new owner attempts to sell them. But honestly 35 hood hinges is about 200 years of supply....


Stan in Taiwan had a container or so of his parts stolen and then hawked on ebay.  Supposedly the person storing the parts was going to repay Stan, but I dont know if that ever happened.

In the US it will take over 20 years to replace half of the cars on the road today.  We have plenty of time left for us to enjoy.
#20

It may be FMK Vapour Blasting who have a YouTube Video showing their process that you refer to.  I presume they have the Irish Franchise for what is no doubt a world wide product provided by the parent company.
Seems a fairly extensive job that they do.
In my opinion it is a case of closing the door after the horse has bolted to rustproof unless it is a case of rustproofing after doing repair work. Unless a car has been kept in a climate-controlled garage all its life and not used in rain there will be rust.  Postproduction rustproofing will not resolve the water drainage design fault which lead to rust behind the fuse box - or in the bonnet/hood release cable area.
More generally as with many vehicles it is from about bumper level down that most corrosion happens.

Poor design in the jacking points - continued by Mercedes through W124 and W201 production - could have benefited from better rustproofing.  (Incidentially this is a 1977 280 that is on sale in Ireland for Euro 6500, the four corners appear more or less the same)

In short rustproofing done early in a vehicles life and topped up periodically was the way to go.  40-50 years down the line will it make much difference.
I was a bit surprised to see the internals of box sections being extensively vapour pressure blasted in the Youtube Video.  Does this not introduce moisture?
Pages 1 2 3 4 ... 10